A series of tables designed for the company Beautiful Mistake. Shown at the Habitare Furniture Fair 2014. On sale on www.beautifulmistake.fi
The finished product is a collaboration between Andersson and graphic designer Marjo Malin, CEO of Beautiful Mistake.

The table has always been an important element in my artistic production. I see the table as a place – around, over and under – which communication occurs. I believe that a beautiful and lively design will loosen people up and inspire authentic interaction.

To give the Scandinavian design concept a more vivid and fantastic touch, I created a series of small tables, the Nature Tables. They have a structure, which functions on three levels, each inspired by different design periods:

1.The surface of the table has an ornamental pattern inspired by the clear colours and shapes in Scandinavian nature, as well as fruits found around the world, like the apple. The cutting-edge printing technique brings out the vector-drawn designs in deep colours. The surface is sensuous to the touch, because of the contrast between the upper layer – an eight mm. thick sheet of clear, scratch resistant acrylate – and the bottom layer made of a six mm. thick sheet of acrylate with a satin surface.  In the middle is a one mm. thick sheet of aluminium with the print. The drawings are inspired by trees and flowers, for example Pine, Bluebell, Rowanberry, Apple flowers, Pomegranate.

2. The second layer is situated beneath the table surface, where all kinds of movements and actions occur, both on conscious and subconscious levels. The design of the tables opens up this space with a unique three-leg system, with organically curved legs made by a traditional technique: form pressed, first class birch tree, typical of the Scandinavian design of the 1950’s.

3.The bottom layer, close to the floor, is a triangular plywood shelf, which not only gives stability to the leg system, but also is a place for the owner’s own installation: a pile of books, a charger, a bottle of wine, a small sculpture. This kind of shelf was common  during the art nouveau and arts & crafts periods. 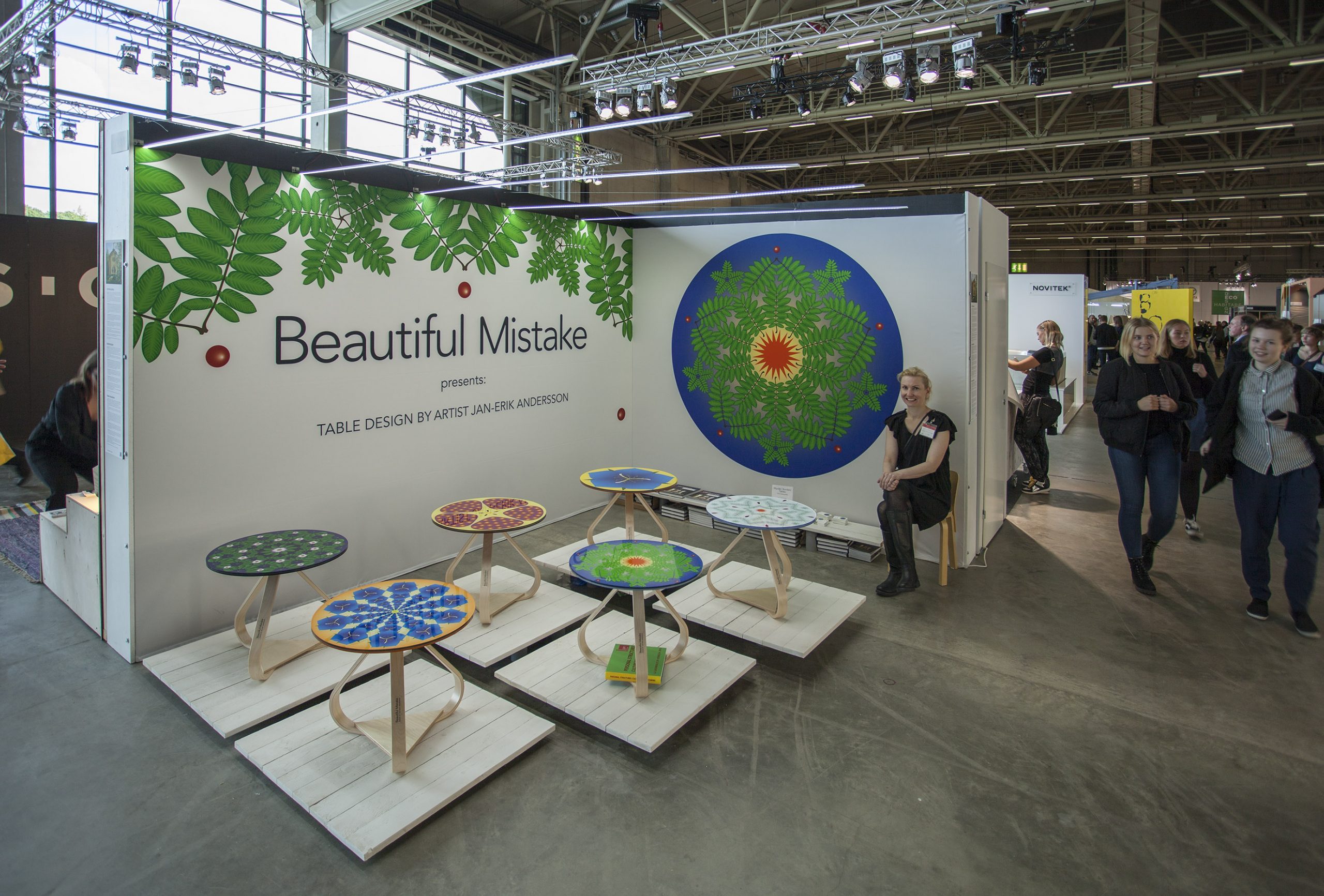 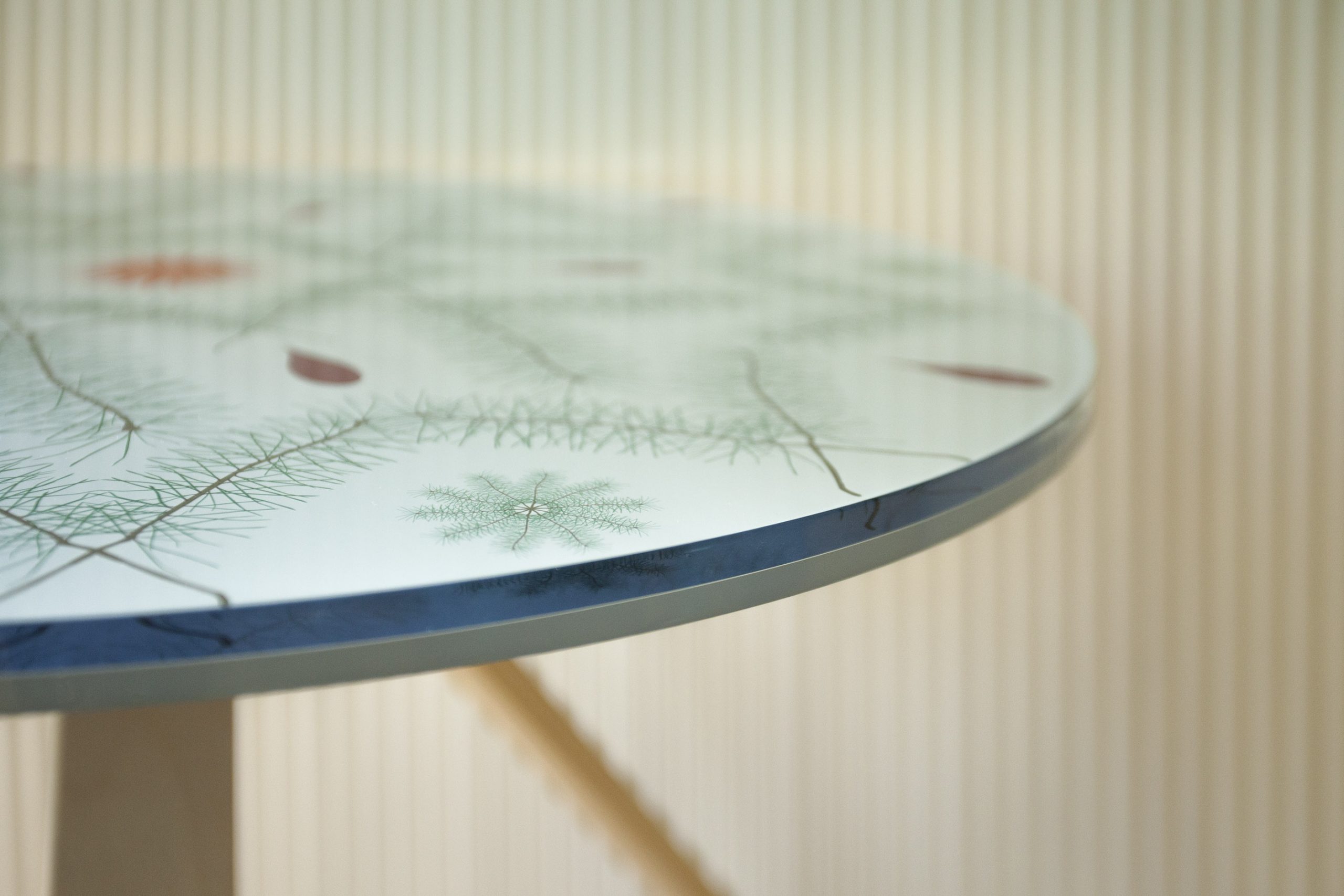 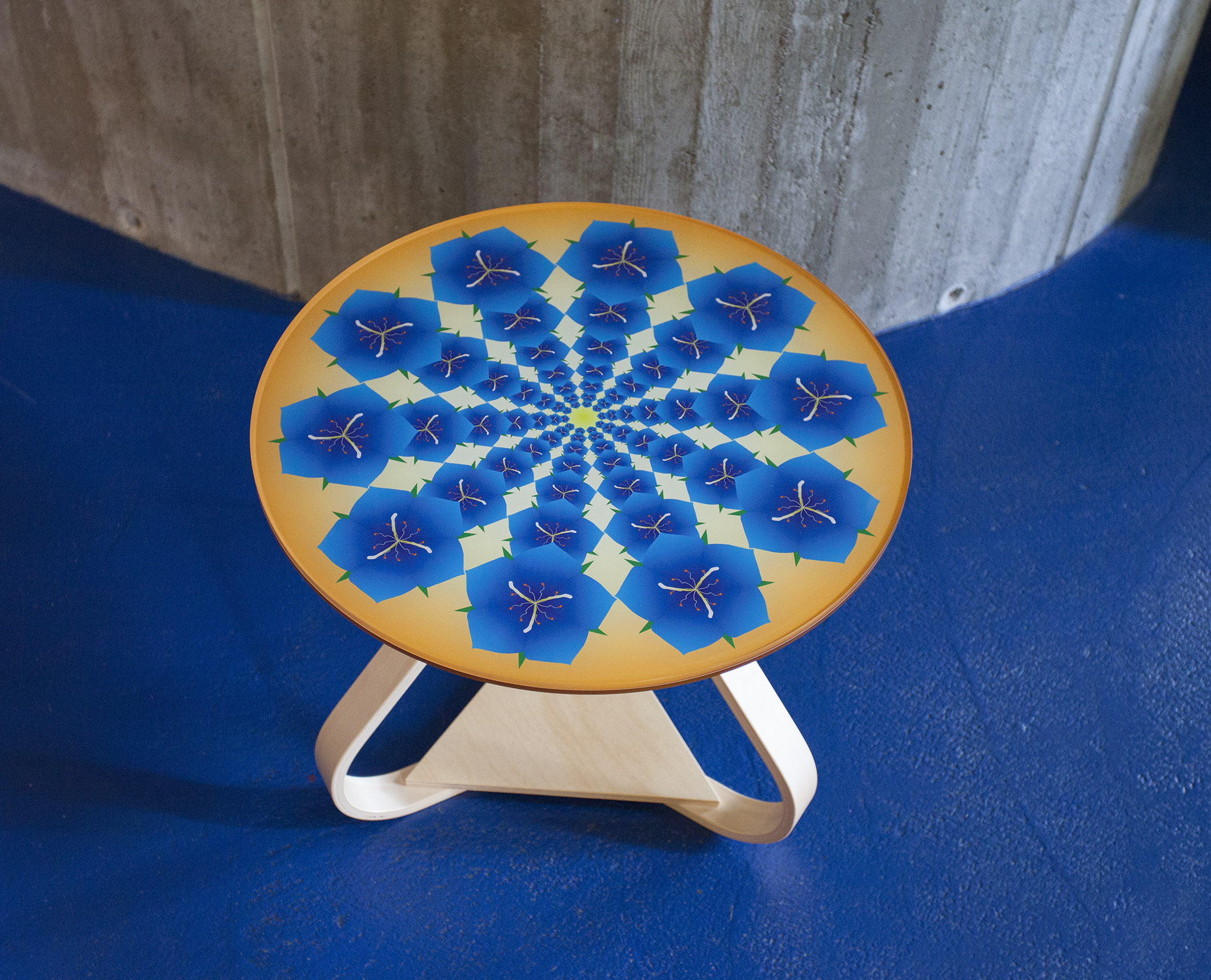 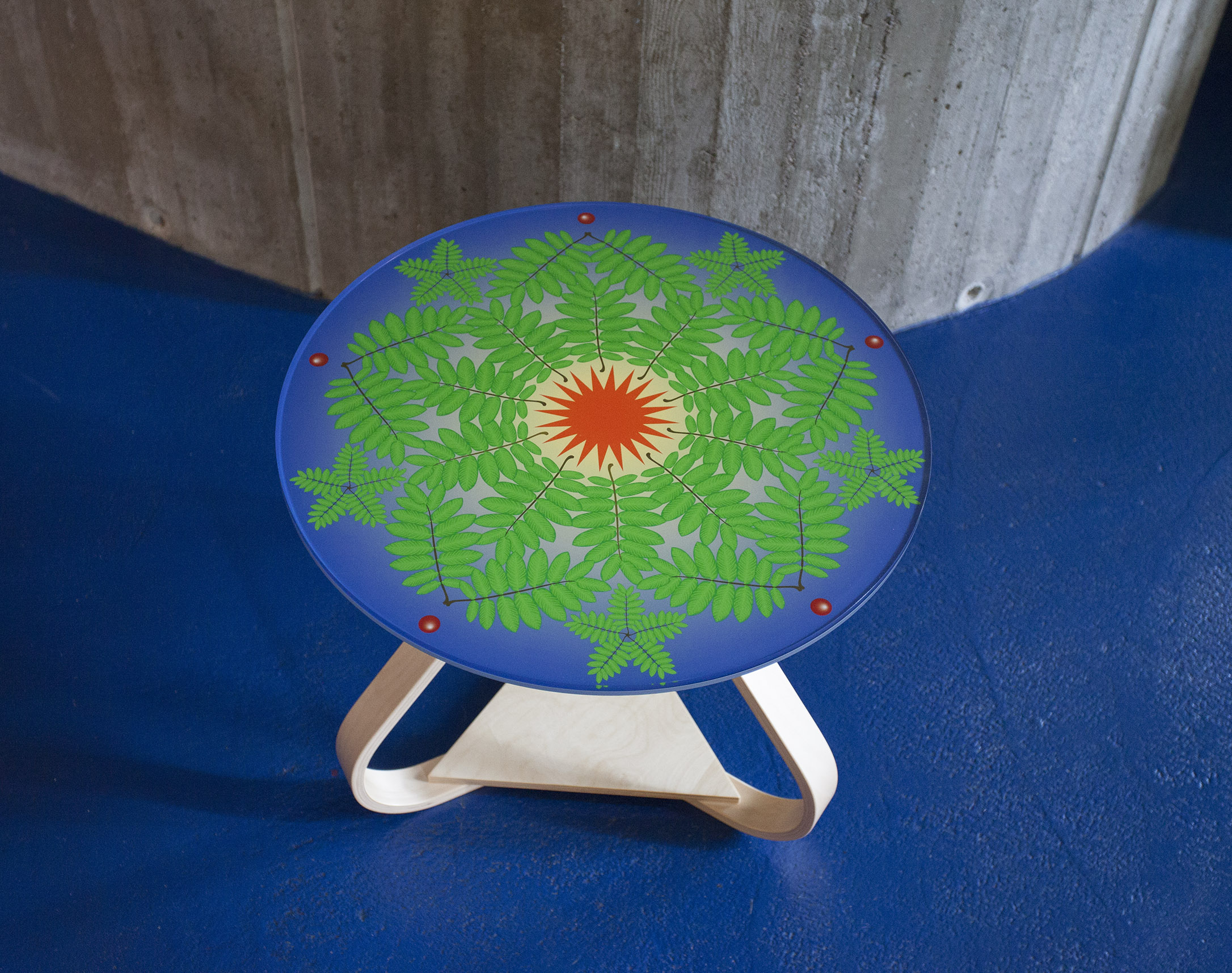 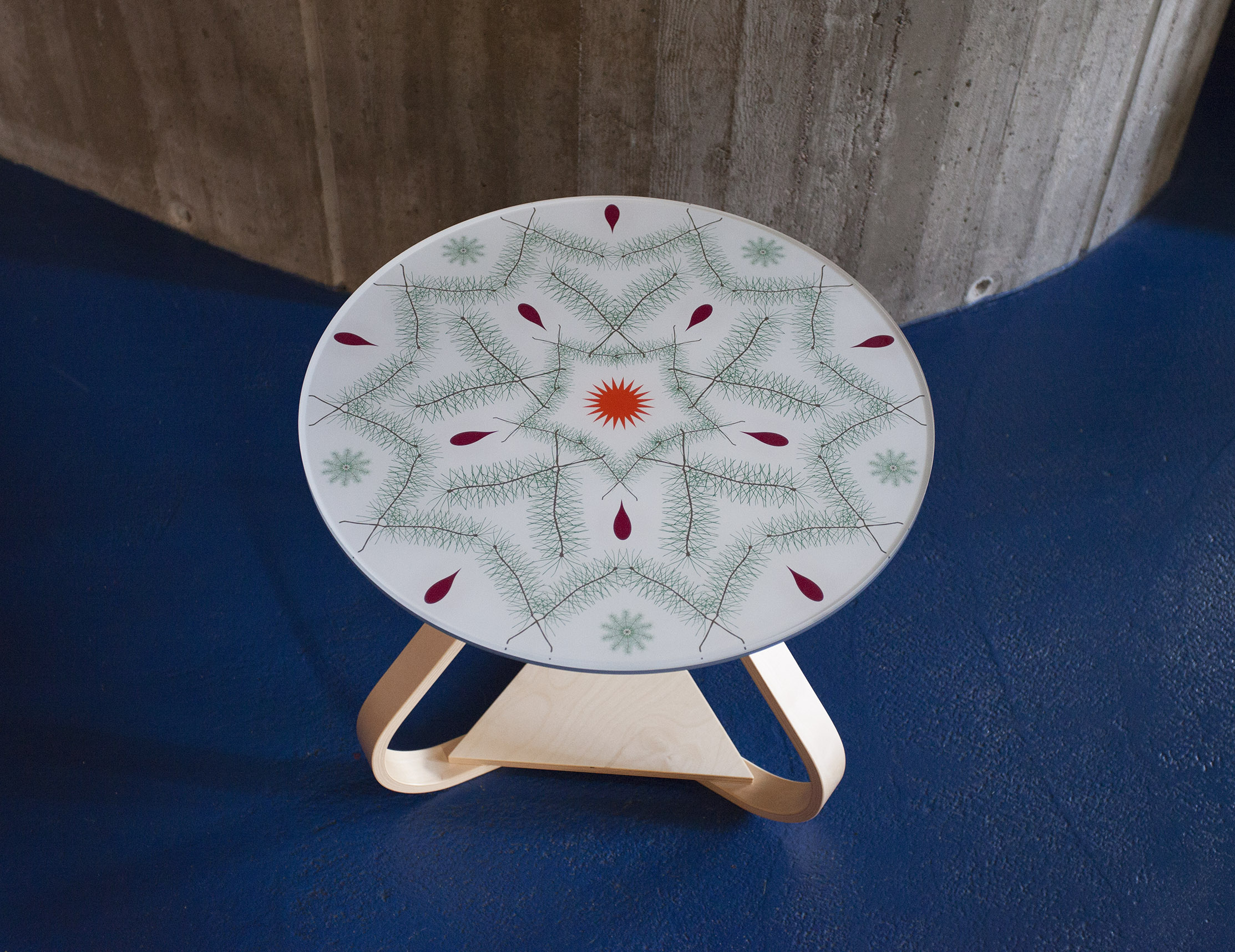 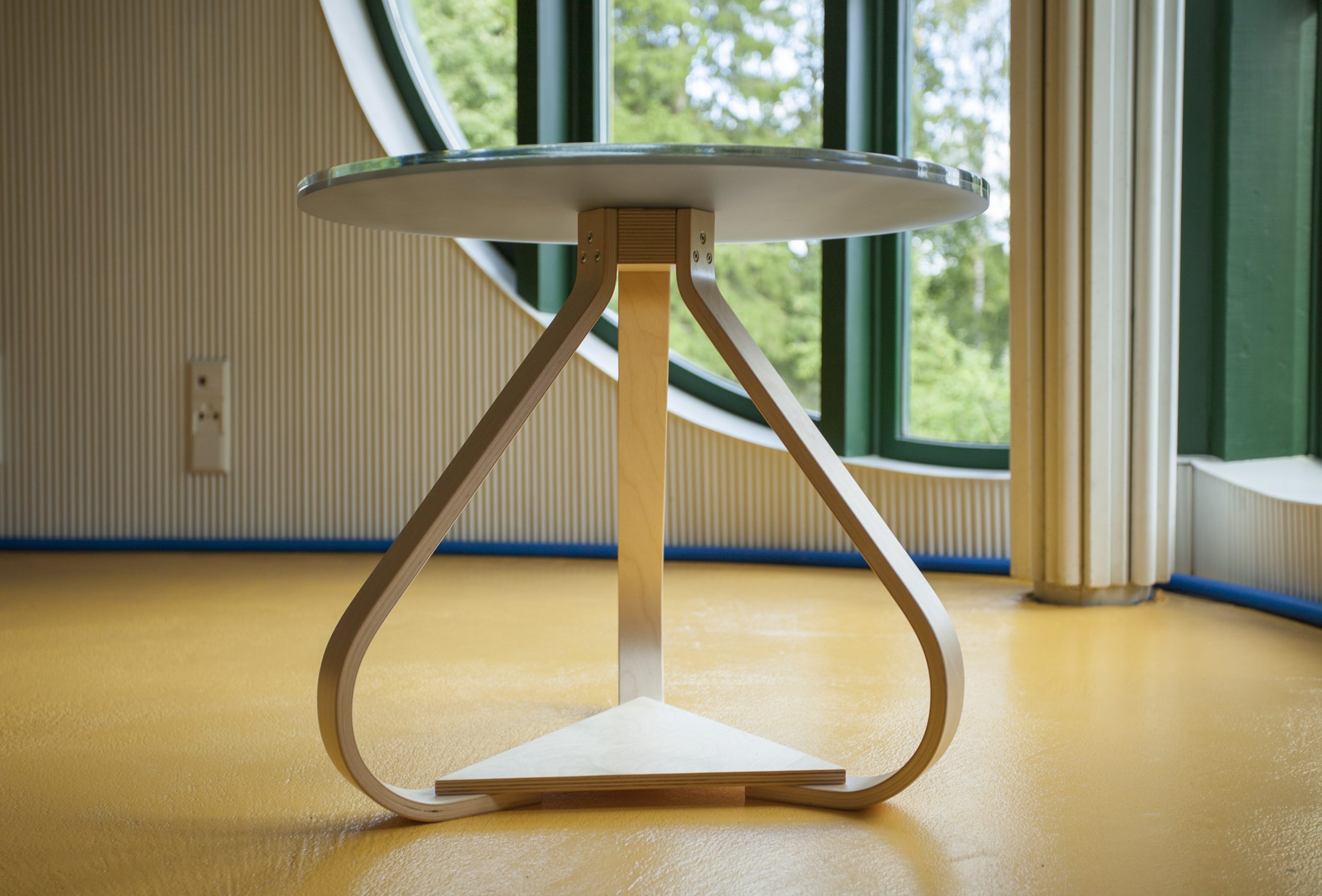 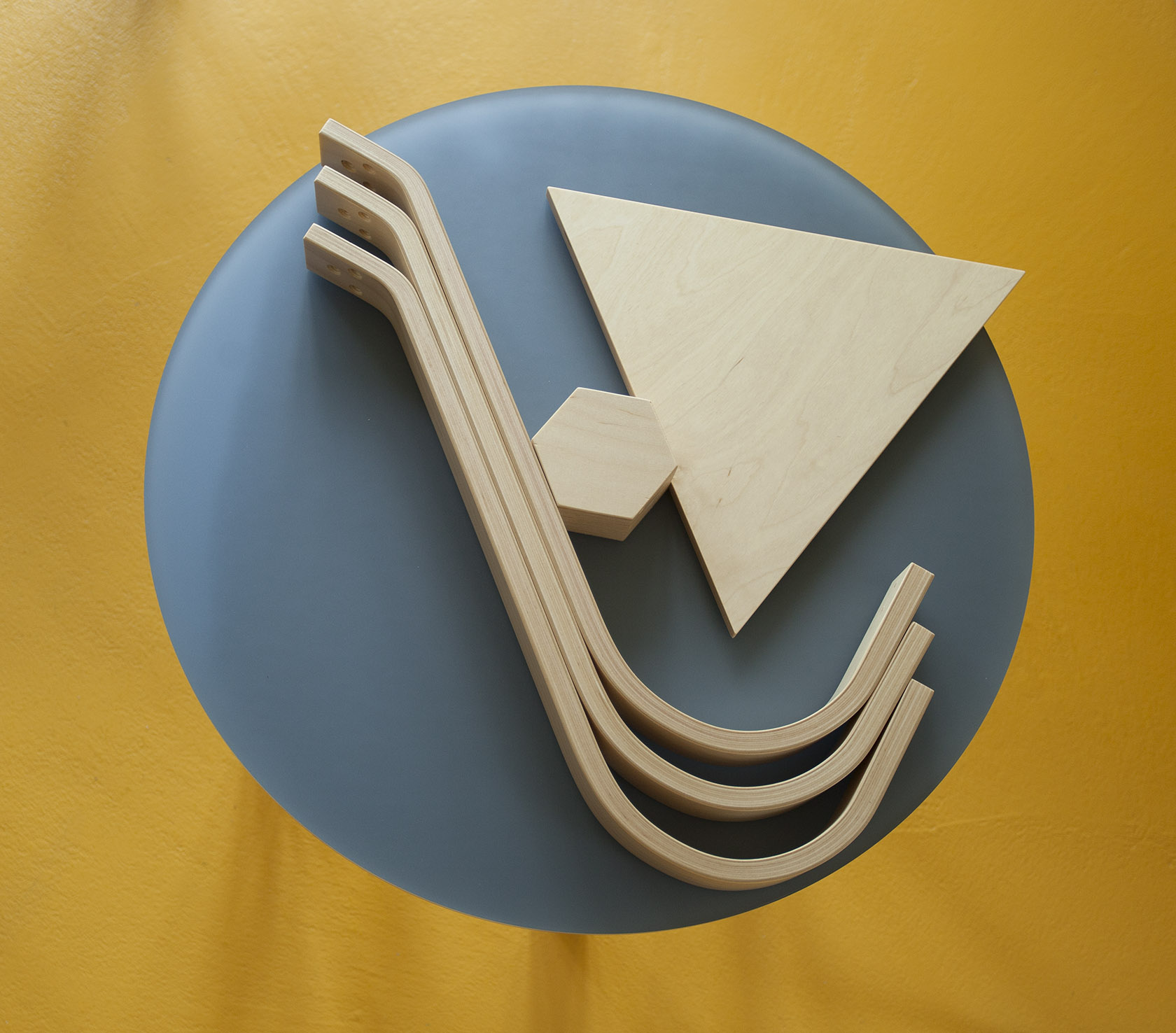