The Dream of the Ice Princess

The installation was made around Andersson’s little fairy tale about a skating girl, who helps a star that has crashed on Earth to go back up in the Universe again. As a reward she is allowed one wish and she wishes that a heart would sneak into the glove of the ice hockey player and tell him how much she loves him.
Andersson returned to the skating-rink of his childhood and his dreams of hockey heroes and ice princesses, eternal love, heart-breaking music, ice-cold snow and a warm stove in the dressing-cabin. Andersson used his child friends as models, and included in-built sources of light in the sculptures.
The museum floor was turned into a skating rink. Erik Satie’s Gymnopédie no 1 in a very very slow version created a meditative feeling together with a slowly changing lights cape created by red and blue spotlights.
The walls were covered with black tar paper in which Andersson cut out a fantasy landscape, where the piles of snow turned into mystical figures and forms.
The Ice Princess: The glass in her hand is filled with water and is lit from inside the sculpture, which makes the water “glow”.
The Hockey Player: He has inbuilt flickering lights on his hockey helmet and on his heels. He is frozen in the moment, when he just has found the little heart with four legs, inside his glove. 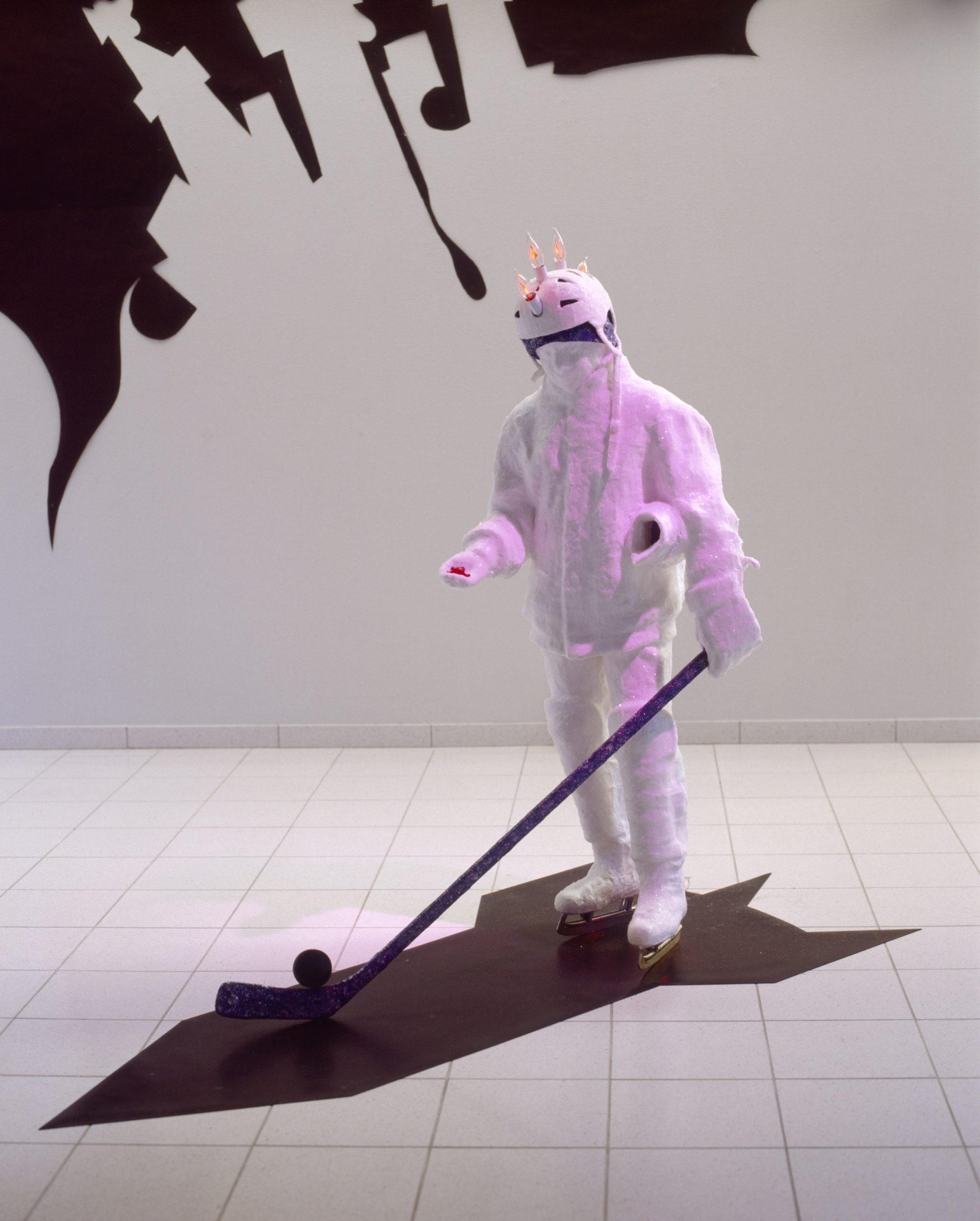 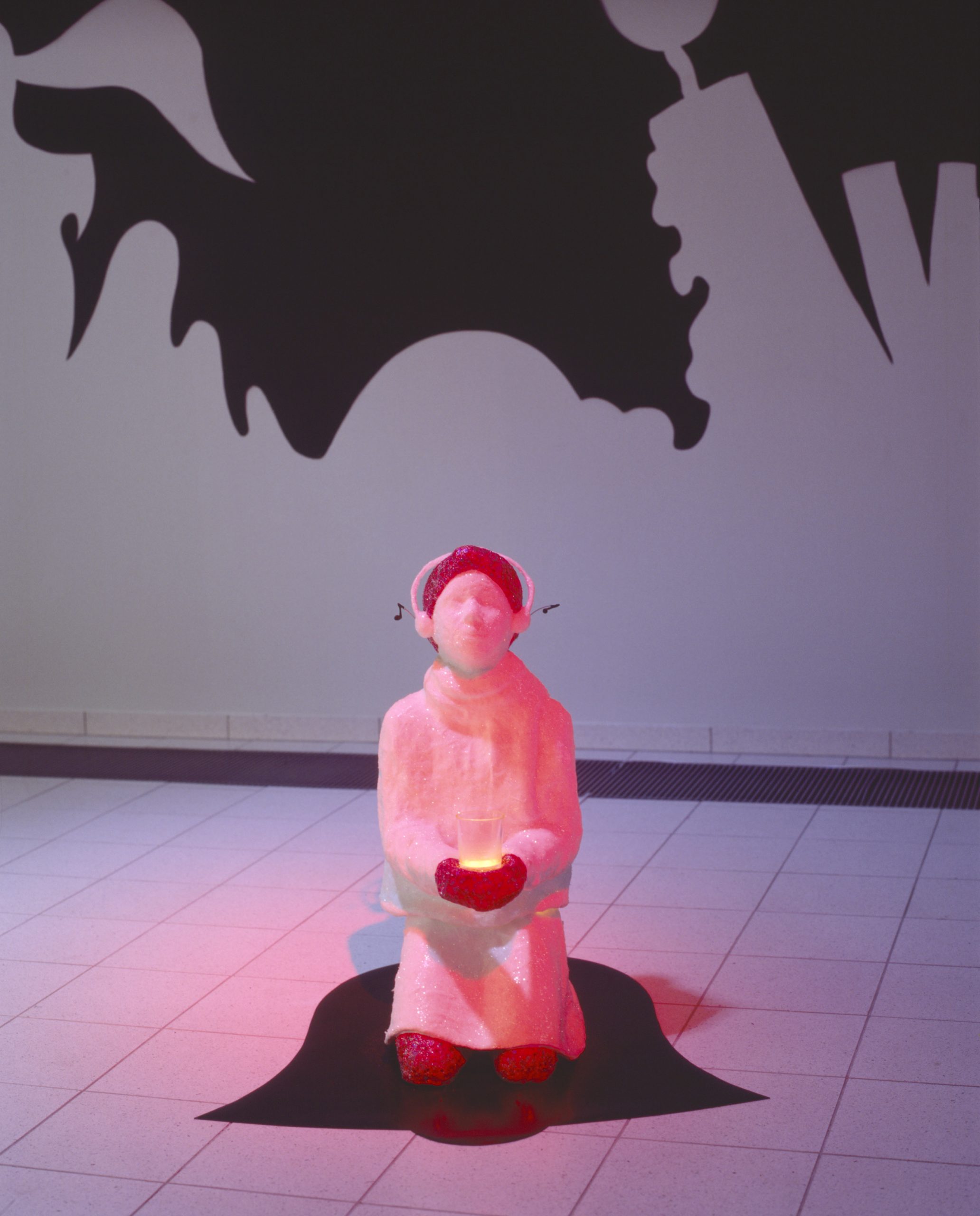