The Wheat and the Chaff

For the exhibition of private houses in Laukaa, Andersson was commissioned to do an installation in an old storehouse for wheat by the interior design magazine Glorian koti. The storehouse, situated in the middle of the exhibition area, has boxes for storing the wheat, now empty, in the ground floor and a first floor with openings in the floor, from where the wheat was poured into the boxes below.

Andersson got the idea to use the old function of the storehouse; to store wheat. But instead of filling the boxes with new grains, he wanted the visitors to take the place of the wheat grain. To feel how it was to be a grain lying in the box dreaming of a world outside!

Andersson invited textile artist Johanna Kunelius to make a design for the mattresses and pillows, which were placed on the floor of the boxes. To get into the dark boxes the visitors had to take their shoes off and step over the edge of the box. A new facade was made to attract visitors, with a big painting of a weat grain and its chaff.One of the boxes has a mattress design made for the wheat and the other for the chaffs! Lying on the mattresses the visitors could look up towards the openings in the roof, where video monitors were installed. Two videos made by Andersson, one in each monitor, were looping. The ”wheat” (jyvät in Finnish) could see a walk in the rainforest in Puerto Rico, showing the top of the vegetation. The ”chaff” (akanat in Finnish) could enjoy a big spider web from the rain forest slowly moving in the wind.

Except for giving the audience a break in the crowded house exhibition, a place to rest and meditate, Andersson also wanted to point at new ways of making interiors and to the increasing destruction of the rain forest, of which a part also goes to the market for interior design. 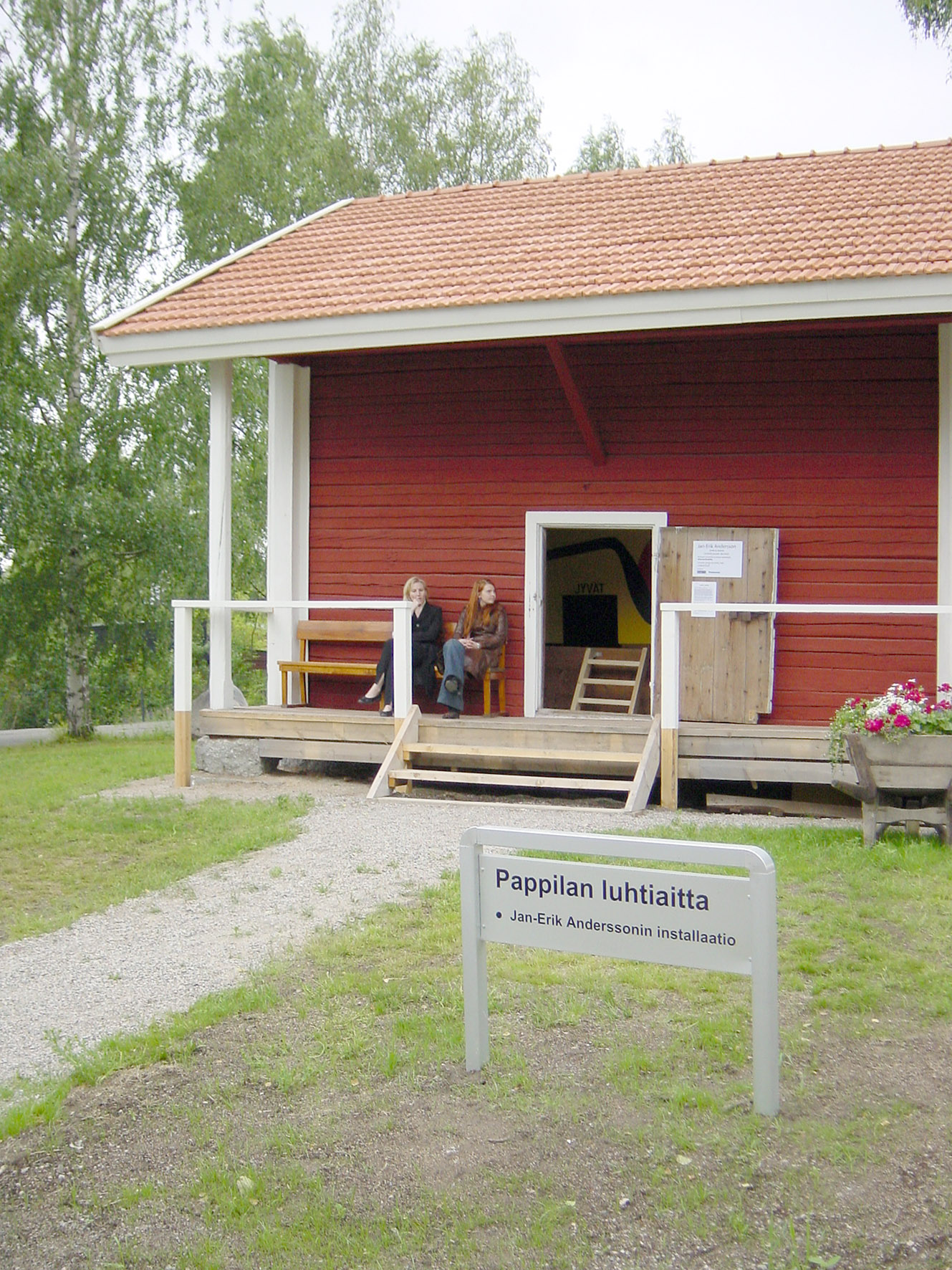 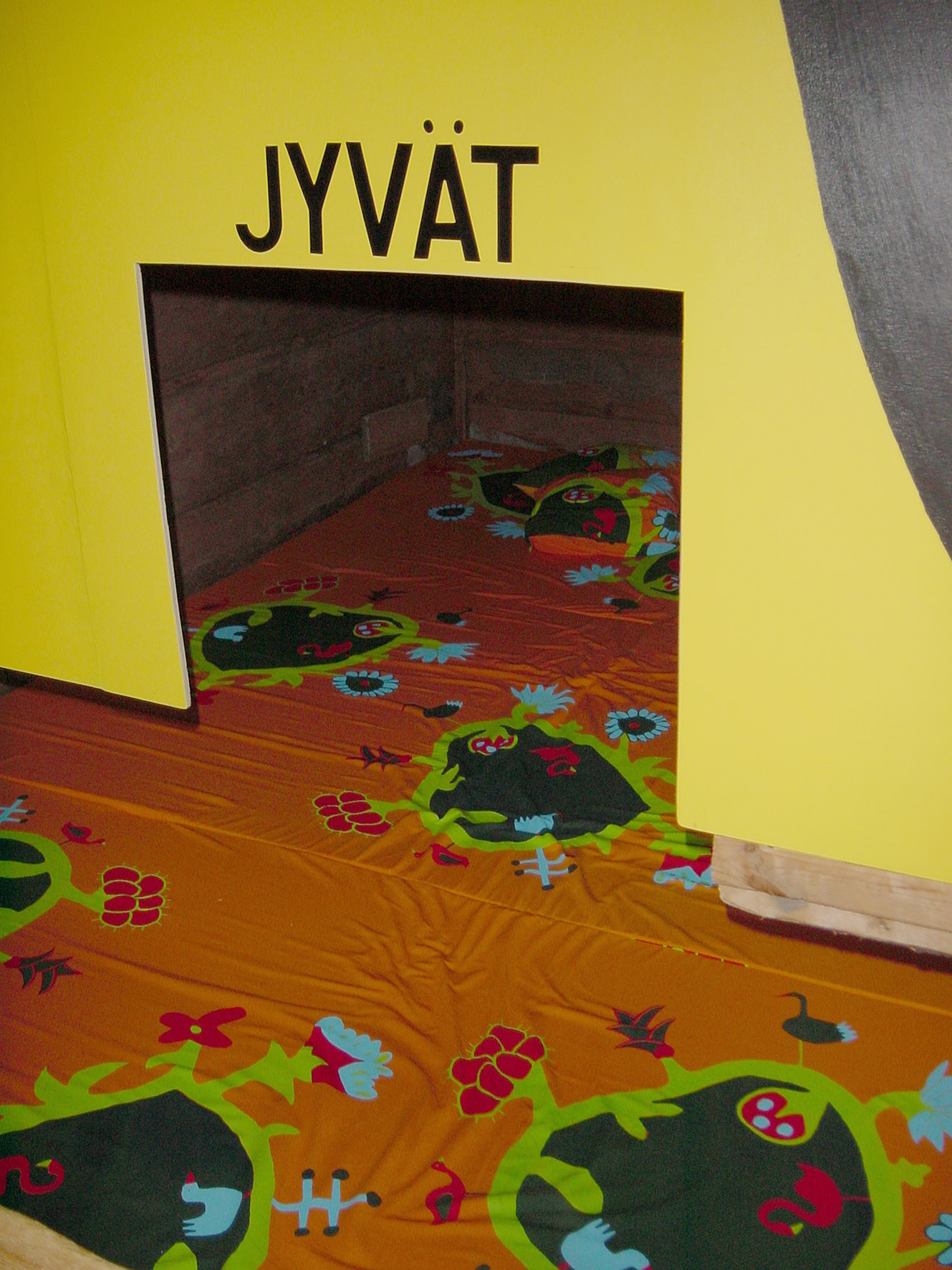 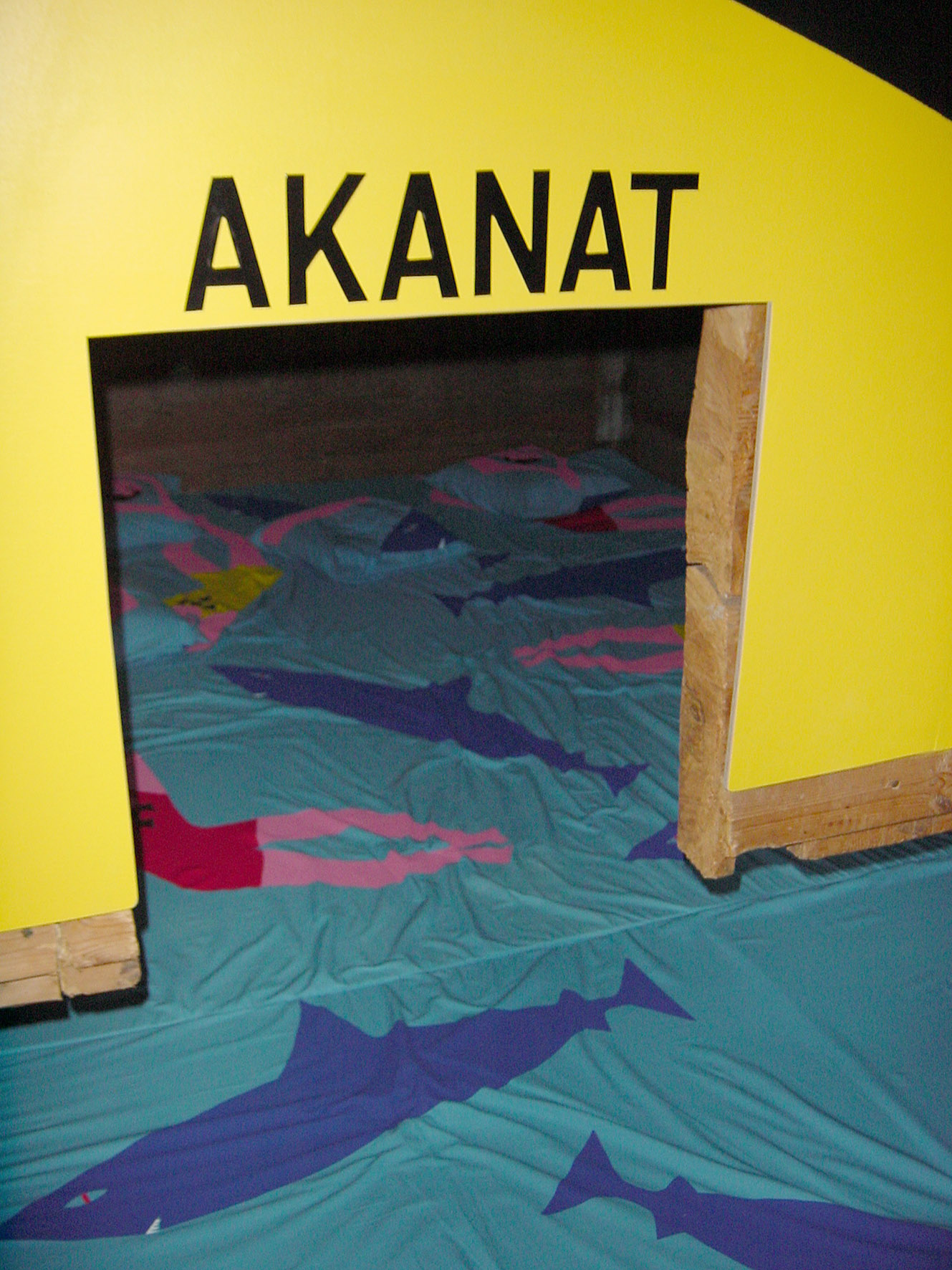 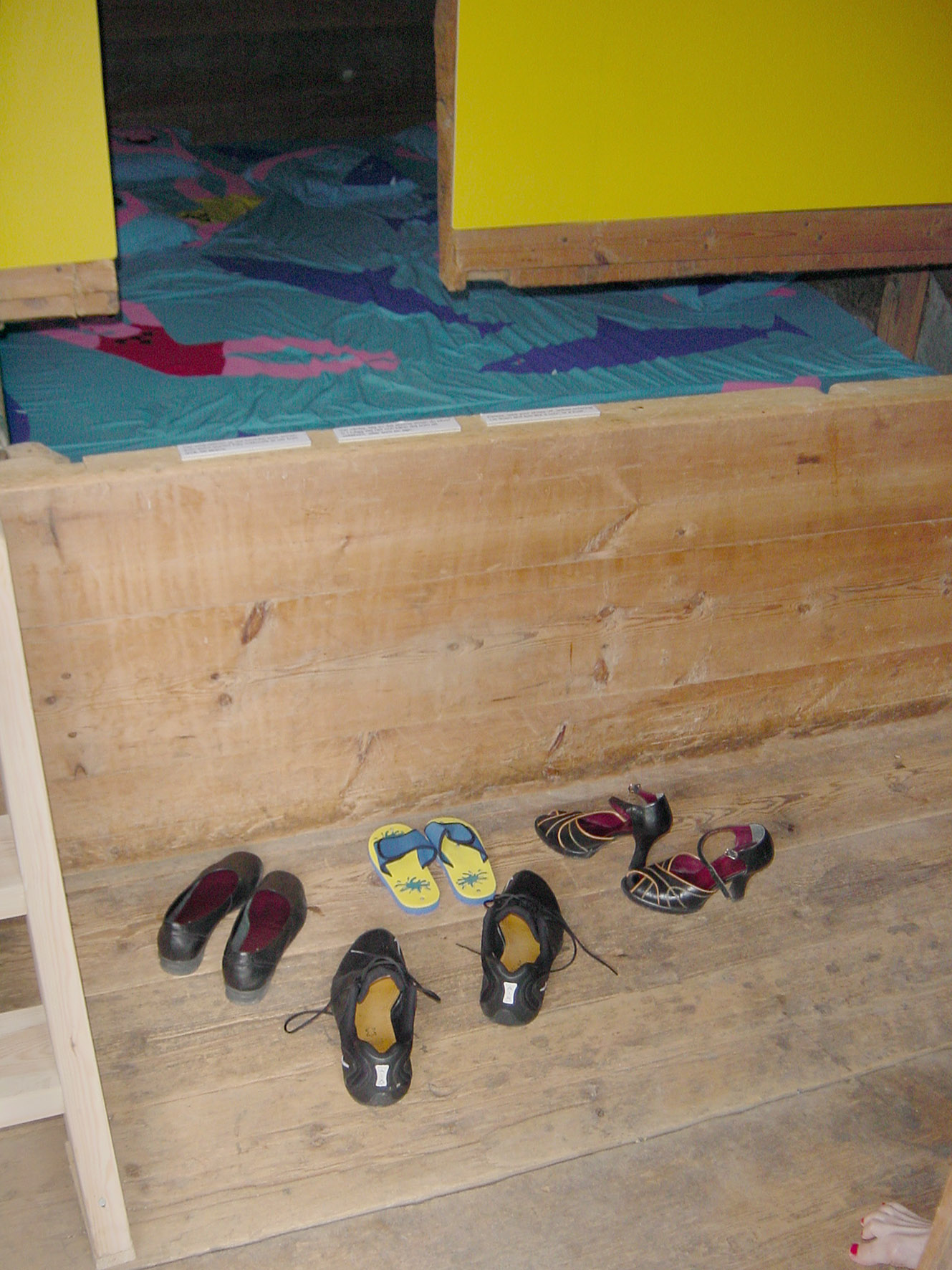 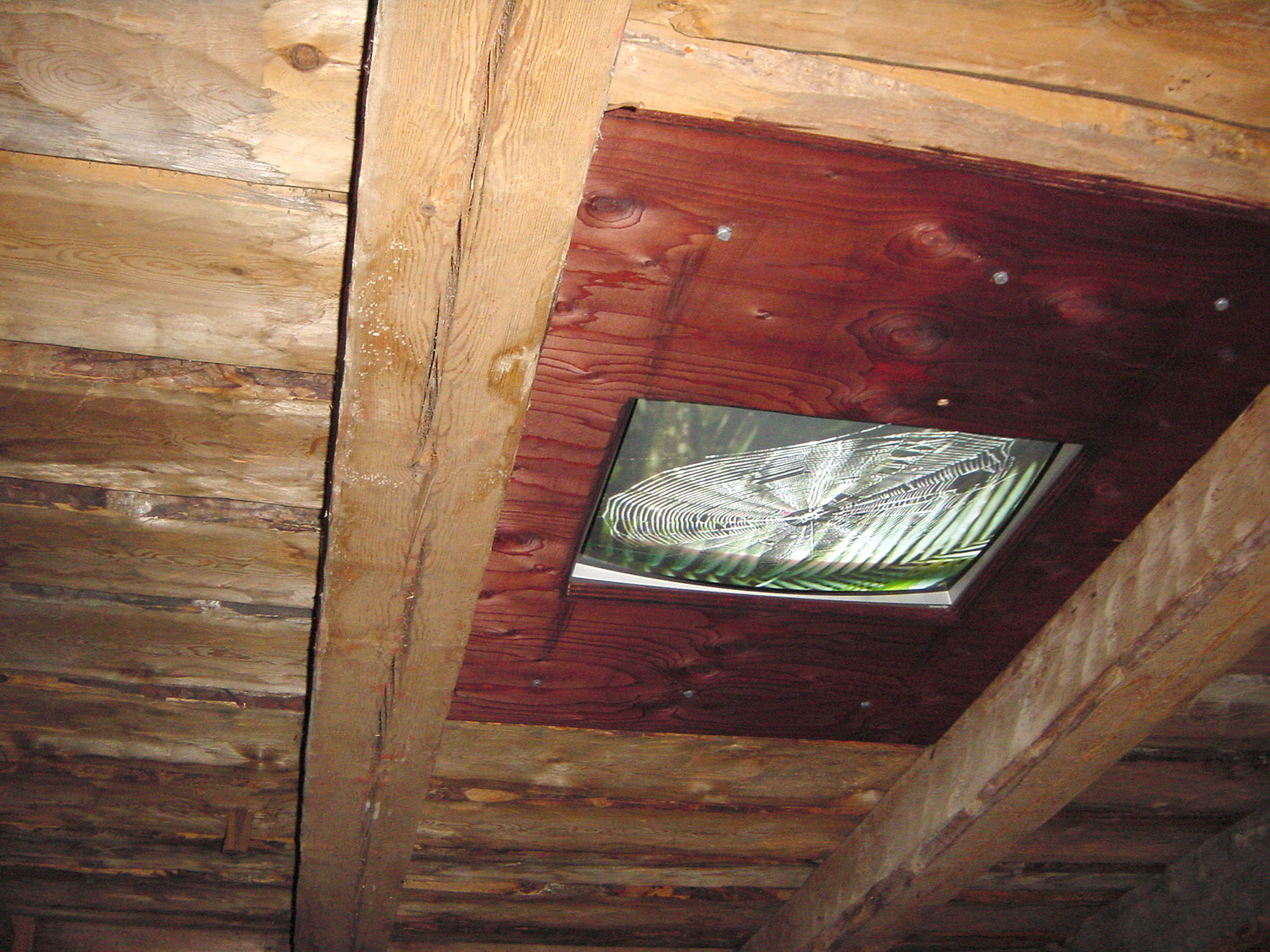